An encoder is a device for measuring certain parameters by digital methods. These may include the parameters of the movement of parts, the angles of their rotation, the direction of movement, and speed.
Encoders are divided into incremental and absolute, which can reach a very high resolution. 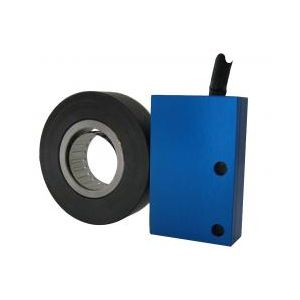 The magnetic rotary encoder uses the same principle for determining position as an optical encoder but uses magnetic fields instead of light.

The magnetic encoder is designed to provide reliable digital feedback in the harshest and toughest environments. Applications of this technology typically require a wide temperature range, high resistance to shock and vibration, reliable sealing and protection against contamination, while ensuring high reliability of the output signal, ease of installation, and reduced equipment downtime due to malfunctions. Popular applications where magnetic encoders are used for position and speed feedback are steel, pulp and paper mills, woodworking mills, crane lifting equipment, marine equipment, construction, and mining equipment.

Due to their unpretentiousness, magnetic sensors are used in many industries:

Magnetic encoders are also used in robotics. Thanks to magnetic rotary encoder robotics, it becomes possible to monitor the position and speed of robot arms at a precision. 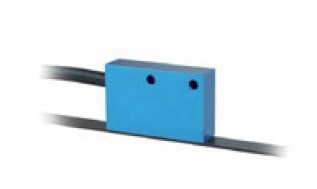 The linear magnetic encoder is a sensor for measuring, and controlling linear movement. Consists of a magnetic tape scale, and a reading head. Different types of sensors have a different "pattern" on the tape.

The case model has a protected case with seals, a magnetic tape is fixed in it, and a sensor moves over the tape along linear guides. The sensor can be located in the read head from which a connector or cable exits.

The frameless model (non-contact) consists of a scale over which the reading head moves with a certain gap. The magnetic tape can have a self-adhesive surface or a special profile for embedding into the substrate, which also acts as a guide. A protective foil can be glued on top of the tape. In some versions, the head has a status indicator.

What does a magnetic encoder do?

In a magnetic absolute rotary encoder, a large magnetized wheel or permanent cylindrical magnet (magnetic actuator) rotates under a plate of magnetoresistive sensing elements. Just as an optical disk rotates under a mask, passing light through certain strokes (rasters), a magnetic wheel or actuator causes certain reactions of the magnetically sensitive element depending on the strength of the magnetic field. The magnetic response is transmitted through an electrical signal conditioning circuit.

The number of pairs of magnetized poles on the wheel, the number of sensing elements, and the type of electrical circuit determine the resolution of the magnetic encoder.

The basis for using magnetism as an element for receiving a signal is that it is not affected by very difficult environmental conditions, including dust, humidity, extreme temperatures, and jolts.

How does a magnetic linear encoder work?

If the encoder is incremental, the N, S (North/South) poles are marked on it in “stripes”. These two poles create a pitch or raster. The rasters can be of various lengths, the most common being 1 mm; 2 mm; 5 mm. There are encoders with a step of 3.2; four; 20 and even 40 mm. A reading head with magnetically sensitive sensors moves over the scale.
The sensors capture the change in the magnetic field within the raster and form an analog signal (pulse). This pulse can be interpolated (shared) by special electronics, thus, as if multiplying the signal. It is in this way that a ruler with a step of 1 mm can obtain a resolution (measurement step) of 0.001 mm (1 μm) or less. Output signals 1 Vpp, TTL, HTL (Push-Pull)

An absolute encoder on a magnetic tape has a pattern in the form of a code or offset dashed scales (vernier principle). They differ from incremental ones in the way data is output and in the limited length of the jackal, but at any time they determine the position even after turning off the power.

What is the working principle of the encoder?

Encoders are divided into incremental and absolute, which can reach a very high resolution.

The principle of operation of an encoder sensor is to convert mechanical movement into electrical signals. 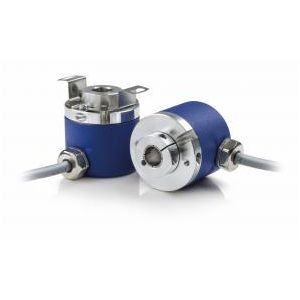 Advantages and applications of magnetic encoder

And now let's look at the main advantages of magnetic encoders.

Compact size
The technology used in the magnetic encoder makes it possible to reduce the size of the housing. This means they are ideal for applications where encoder installation space is limited.

High reliability
The simple electronic design eliminates the need for a mechanical gear or batteries used in previous generation absolute encoders. No moving parts mean higher reliability and you don't have to worry about replacing batteries that may have run out.

A budget option
A simple electronic design can also be made more economically. These costs are passed on to you so you don't have to pay that much for an encoder.