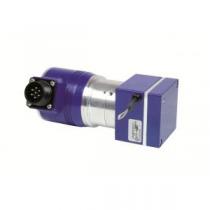 Encoder with wire is a sensor that can determine object linear movement with help of special rope.

The main design feature of such sensor is a reel on which rope is wound. This part is connected to own shaft. Movement is transmitted between elements through a mechanical coupling. This system allows rotating shaft on sensor by pulling rope out of reel. Company manufactures wire encoders of both incremental and absolute type.

Durable materials of entire construction allow device to be used in harsh environments. This appliance is widely operated in many industries.

It is most often used in:

This is possible due to excellent wire strength and whole system mechanical stability. Housing is made of aluminum.

In general, they are similar, but each have their own design features.

There are two options of the reel length for eltra encoders:

The second number indicates maximum stroke in mm. Such series will perfectly show itself in harsh conditions, thanks to all elements strength. The end of the cable has a form of an eyelet.

It is important to know that the encoder, which you want to turn into FE, needs to be ordered in separate order.

The letter F is added to beginning of ordering code means that such encoder has its own rope.

The second series of presented rope encoders is FES. It also consists of several devices types with different operation principle. The maximum possible length here is significantly different and reaches 15m. Design also consists of high-strength materials and can be used in the harshest conditions.

There are several options depending on the possible stroke length in eltra wire sensors models:

As in the previous series, the numbers also indicate cable length in mm. Series models are equipped with a horizontal output.

In general, a cable-type device is a very reliable and durable. It is capable of measuring object linear movement at long distances.

On our website http://eltra-encoder.eu/, you can find models of the presented series. Our managers are very attentive to customers and always try to solve client’s problems in the best way. Call now!