Explosion proof encoders are sensors that have an improved protection level for working in hazardous and explosive atmospheres, for example, in the oil industry. 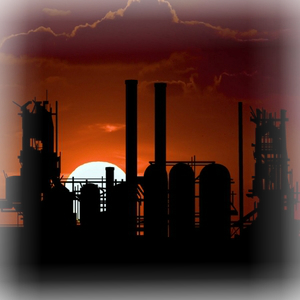 Eltra s.r.o. has released a series of special incremental sensors EX80, created specifically for work in different hazardous areas. They work by the optical principle.

EX 80 incremental encoder has an IP65 protection level. Sensor housing and bearing stage are made of anodized aluminum. The EX 80 is equipped with a solid shaft made of 1.4305 / AISI 303 stainless steel.

The device has three channels (A / B / Z) and it can produce results with an accuracy up to 1000 ppr, depending on the selected model.

That is, they all compatible with the conditions of safety and health in hazardous environments. Encoders also have declarations of conformity and CE, which are posted on the Eltra official website.

EX80 encoder has the following parameters of ATEX marking:

II 2GD means that the sensor belongs to group II (different than mines), belongs to type 2 (category of a high protection level) and can work in areas containing gas (G) and dust (D).

Ex d IIC T6 Gb marking means that the sensor has EX d fireproof in environments with mists, gases and vapors. It belongs to the group for working with gases (IIIC). Marking T6 means that the device can operate with temperatures up to + 85 ° C in atmospheric conditions with gases. Gb means a high level of protection.

Ex tb IIIC T85 ° C Db marking means that encoder has a flameproof enclosure safety type. IIIC means a group of dust combustibles, T85° is a max surface temperature with the presence of dust. And Db means that device has a high level of protection.

Absolute sensors are also fully adapted to work in hazardous environments. They have much better accuracy in comparison with the EX80. They can also report the current result immediately after switching on and provide an absolute shaft position at any moment.

Both models operate according to the optical principle of measurement and have a solid stainless steel shaft.

Encoders use an electrical SSI interface (Serial Synchronous Interface). The housing is made of anodized aluminum and has an IP65 protection rating. EAX80 has the following marking ATEX: II 2GD; Ex d II C T6 Gb and Ex tb IIIC T85 ° C Db. That is, it can work in conditions with gases, mists and vapor with a high concentration of dust. 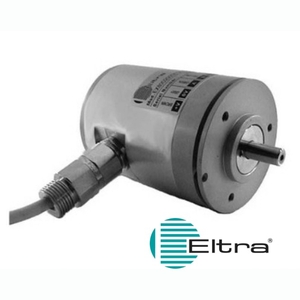 EAMX 80 A / D is a multi-turn absolute explosion-proof encoder. In its work it uses OptoASIC technology. The sensor has single-turn resolution up to 8102ppr (13 bit) and multi-turn resolution up to 16384 turns (14 bit). Its housing is made of anodized aluminum, and the shaft is made of stainless steel. Certificates and ATEX marking are identical to the previous one series. The optimum operating temperature is in the range from 0 to 50 ° C and storage temperature is from -15 to 70 ° C.

Conclusion: company ELTRA s.r.o. releases three series of encoders specially designed to work with gas, oil, chemical, etc. industries with hazardous environments. The user can select devices of both incremental and absolute type, depending on the need.

On our site eltra-encoder.eu you can find a catalog of models with explosion-proof EX80, EAX80 and EAMX80.