What Is Motor Encoder?

In the era of industrial automation, lots of equipment was invented for fast and accurate measurements. Among various sensors, some encoders are designed for linear or angular movements. Their working process consists of fixing every movement or rotation and transmitting the actual position in real-time via digital or analog signals.

As electric motors are among the rotary types of equipment, it is a motor encoder that is needed for their positioning. It converts the angle of rotation of an object that is rotating (shaft) into electrical signals that allow you to determine the same angle of rotation (shaft), the direction of rotation and position relative to the axis. The need for this sensor arose in the search for new, more advanced methods of creating and operating well-known servo motors. The first was a pulsed magnetic servo motor encoder that determined the position of the rotor in a brushless DC motor (electronically commutated motor) system. The encoder, during rotation, produced pulses according to the number of poles of the magnet.

At the moment, by the type of action, we have at least three types of encoders:

Along with encoders, temperature sensors are often used, since where it is mechanical or any other movement, friction and temperature rise occur, the values of which should not exceed permissible standards.

Types of Motor Encoders by Their Construction

By their construction, all encoders for motors could be divided into 2 big categoria:

The first and the most important step in motor encoder's typology is the type of the motor itself.
It could be an AC motor, servo motor, DC motor or stepper motor.

When it comes to choosing encoders for a particular type of motor, there are a number of characteristics to consider. This applies primarily to the type of motor to be measured with the encoder. 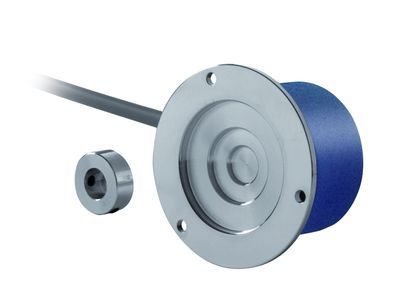 Also, an important feature is a way the encoder is mounted, since each individual model from manufacturers has its own characteristics for one or another type of installation. We will analyze it in more detail later.

What else should be considered when choosing encoders? Here is an approximate list of qualities that play a role in the selection of such industrial equipment.

In its simplest form, the encoder is connected to a counter programmed to measure the speed. 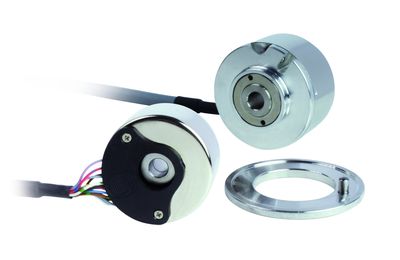 However, more often the work of the encoder is carried out together with the controller. An example is the rotation sensors on the shafts of motors that combine any parts with each other. Using calculations based on incoming data, the system monitors the gap between the parts. When a certain minimum value is reached, the registration of parts stops so as not to damage them.

Another case is the connection of encoders on motors with frequency converters, where they serve as feedback elements. Here the principle of how to connect a device is even simpler. The rotation angle sensor is connected to them using an interface board. This allows the motor speed and torque to be precisely maintained.

Encoders are quite diverse devices in their construction, working principle and accuracy. To choose an appropriate model of the encoder for a motor drive, several features should be considered. These are the type of the motor, the type of the encoder itself, the type of mounting and even the protection level of the encoder. In Eltra, you are welcome to get a reliable and precise measurement tool for your industrial automation system, according to all these parameters.